Why Won't You Let Me Talk To Her?

My mom is losing the concept of how to use a phone. She never uses her cell phone anymore; I think it's completely foreign to her. Most times that the phone rings in her house, she doesn't answer. On occasion, she will look at the caller ID and answer,

She's become especially frustrated with answering machines. She doesn't understand the purpose of an answering device and thinks that it is an actual person talking to her. She talks back into the phone and becomes agitated when nobody will respond to her.

A couple of weeks ago, I took mom to her hair appointment. I told her I would be there between 2:30-2:40 to pick her up (that was a mistake...she doesn't know what "between times" means). I left my house at 2:30 and found her waiting, peering out her living room window as she watched for my arrival.

When I returned home later that afternoon, I found two messages on my machine from mom. This was one of them. 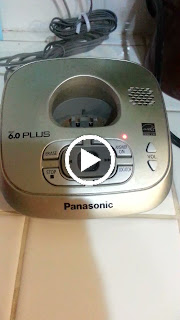 Interpretation: "buhuhubuhuhu (mumbling)...Jeff Jones house too? I'm trying to call Cassandra? No, you're not talking to tell me too no? Uh, darn it."

there was one more message, similar to this in which she gets frustrated that the person on the other end won't give me the phone. Poor thing thinks she is being ignored!
Posted by Cassandra at 4:28 PM