I’m a little late with this post, but this past weekend my baby turned 3 years old. I can hardly believe it. Isn’t he a cutie? I’m so in love with this little guy. 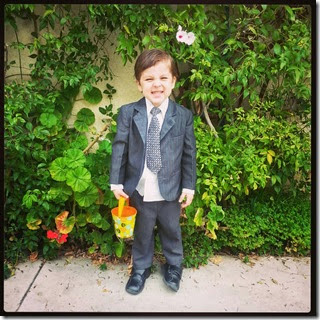 As we celebrated Ryder’s birthday, I was reflecting back to 3 years ago, as I preparing for his birth. My mom had been in the delivery room for all her grandbabies up to that point (except for my niece, who was born in Florida). I anticipated she would be there with me for Ryder as well. At that time, mom was exhibiting odd behaviors but we didn’t have a diagnosis for her yet. I admit I was a little annoyed with her when the issue of the delivery room came up. Although she wanted to be there, she couldn’t commit to it if I had happened to go into labor in the early hours of the morning because it was “too hard” for her to get up early. I was hurt, at the time, because it was so unlike her. Nevertheless, everything worked out when delivery day came. I ended up being admitted around noon and that worked out nicely for mom.

This was the last grandbaby that mom was in the delivery room for. Two more grandsons have been born since, and mom wasn’t there for either of them. In fact, she hasn’t even met my nephew who was born this past February. Sadly, she doesn’t seem very concerned about it. It’s all part of the disease…it’s definitely not the mom we once knew, who was ecstatic to be a grandma.

I am really grateful that, even though I “lost” my mom early on and my kids never really got to know their grandma for the person she once was, she was present for each of their births. These pictures will certainly be cherished for years to come. 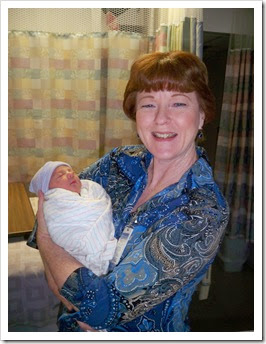 At one of my early visits with mom at UCLA, the doctor and nurse practitioner discussed semantic dementia with my dad and me and what it entailed. One of the difficulties with the disease is obsession about certain things. Obsessive was definitely a struggle that we had with mom at that point. For the past few years, mom had been obsessed about quite a few things. A few things really stand out to me that would drive us a bit crazy which mom would constantly obsess about:

1) Her “fibromyalgia” (I put quotes on it because we aren’t sure if she was experiencing real pains or if they were phantom pains brought on by the disease). Mom complained constantly about every ache and pain that she felt and was very exaggerative when she thought she was feeling some sort of pain shoot through her body. Almost every conversation revolved around these aches and pains.

2) Church. She loved to talk about her Mormon pioneer heritage with anyone and everyone. She would talk about church/beliefs with anyone she encountered to the point where sometimes it was a bit uncomfortable. She was determined to bring her friend from up the street, Maria, to church with her. She was obsessed with The Mormon Tabernacle Choir (she would BLAST the music from her stereo, sometimes singing along).

3) Her job. Everyone she met had to hear the story about what a great teacher she was and how they “picked” on her at work, eventually leading to a suspension and then a resignation on mom’s part (of course all of these problems were due to her disease, we just didn’t know it at the time).

A few weeks ago, a realization dawned on me. These major obsessions have gone away. There are some other obsessions that have remained; for example, her daily rigid routine, her hair and make-up regime. She talks about the same things to everyone she sees: how much she is changing in her 50’s, how upset she is about not driving, asking people to take her to Sam’s Club. Indeed, those are obsessions or fixations for her at this time. But those few things that once consumed her and used to drive us crazy the most have nearly disappeared.

Sometimes the changes are so gradual that, unless we look back to compare, we don’t realize how much mom is changing. Most definitely, the disease has progressed a lot in the past 6 months. The disappearing obsessions being one thing, her appearance being another. Her eating is becoming worse and worse; her daily menu now consists of: one “Slim Fast” in the morning (which we’ve swapped with Instant Breakfast to get some nutrition in her), a sandwich (usually pb&j) for lunch, an Ensure for afternoon snack, a Slim Fast for dinner (every 3rd day she will eat a solid meal, either a sandwich or tortellini, and skip the Slim Fast) and an Ensure before bedtime. Rarely does she deviate from this diet, despite all of our efforts to get her to eat actual FOOD. Her speech has drastically declined; even more since my last post about it.  All of these changes make me a bit nervous as I sit and wonder, what is lurking around the corner?

Posted by Cassandra at 3:00 PM No comments:

Last week was Spring Break for the kiddos. Spending time with them on breaks makes me reflect back and remember all the fun we had as kids. My mom always planned trips to amusement parks, to the beach, etc when we were home from school. I remember staying up late and watching old classic movies with her. Those memories are precious and I hope to make many memories with my kids that they will someday cherish.

We started out our break with a trip to Disneyland. Here’s a fun picture to share with you :) 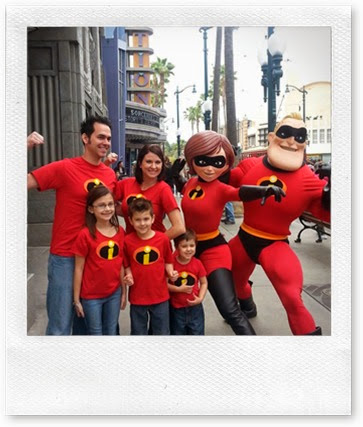 After lunch, we went on the Winnie-The-Pooh ride.  As I sat next to my daughter in the “honey pot”, I couldn’t help but remember the last time I had been on that ride. My daughter was only a year old and my entire family had gone to Disneyland for my birthday. My mom was Winnie-The-Pooh’s biggest fan. She was a Head Start teacher and had lots of Pooh shirts, toys, collectibles, etc. So it goes without saying that she insisted on going on the ride that day. She was thrilled to sit with her grandbabies, singing and grinning and sharing in the magic of the ride.

Sitting on the ride (back to present day), my mind began to wander a little bit. Sometimes I can’t help but to think about what life would be like if mom didn’t have dementia. I know I shouldn’t torture myself like that, but some days it’s hard to push those thoughts away. We used to do so much together as a family. I found myself wondering, if mom were still “here”, would she have been with us that day? Would she be sitting on the ride with us right then? I could almost picture her beside me, singing Tigger’s song, “The wonderful thing about Tiggers…”

There was another night during spring break when my husband went to a hockey game with a friend. I decided to have a movie night with the kids and that sentimental part of me longed for those days when I had movie nights with my own mom over break. I wanted to give my kids some culture and expose them to the classics, like my mom did for me. Our movie pick that night was “West Side Story”. That movie became one of my and mom’s favorite movies to watch together. I found myself, sprawled out on the couch with my kids, singing along to all of the songs as if it had been merely days since I’d last seen the movie, rather than years. My kids indulged me and seemed amused with my singing and dramatics and it dawned on me: I was becoming my mom! She used to do the same thing- dramatically sing along to the movie, sometimes with gestures and all! I can still see her standing in our living room, fist to her chest, chin tilted up with a smirk on her face as she belted out the words (in a fake Puerto Rican accent) to the song “I feel pretty”. In fact, she didn’t need the movie rolling in the background to sing that one; she sang that song to me frequently.

I miss my mom a lot; I miss her so much that sometimes (oftentimes) it hurts. But there are little memories of her everywhere. I’m so grateful for all the fun memories that she has left me with. When my kids seem slightly embarrassed that I’m making them wear matching shirts to Disneyland or that I’m being a cheese-ball and singing during our movie nights, I know that someday they will look back at these memories with a fondness in their hearts.